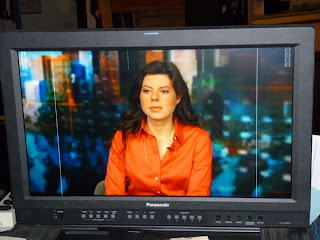 Jessica Levinson is the creator and editor of PoLawTics.blogspot.com

I am a Clinical Professor of Law and the Vice President of the Los Angeles Ethics Commission. I previously served as an Adjunct Professor of Law, the Director of Political Reform at a non-profit, non-partisan think-tank, an associate at a multi-national law firm, and a judicial law clerk. My work focuses on studies election laws and governance issues, including campaign finance, ethics, ballot initiatives, redistricting, term limits, and state budgets.  .

I have appeared as an expert on television programs aired on NBC, ABC, CBS and the Fox News Network and radio programs aired on, among other stations, NPR, KCRW, KPCC, KQED, and KNX. I also regularly speak to members of the press about election law issues, including reporters for the New York Times, Wall Street Journal, Associated Press, Reuters, Los Angeles Times, Sacramento Bee and San Francisco Chronicle.

The views expressed in these posts are solely my own.