Happy to announce that I've been confirmed as the newest member of the Los Angeles Ethics Commission. I look forward to working to make elections in Los Angeles fair and transparent. 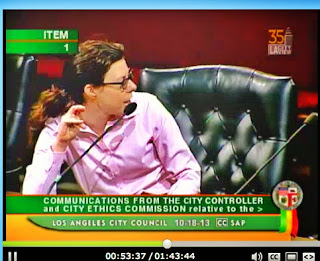 Here is the Los Angeles Ethics Commission's press release re my appointment:

Will the Supreme Court Strike Down Aggregate Contribution Limits? 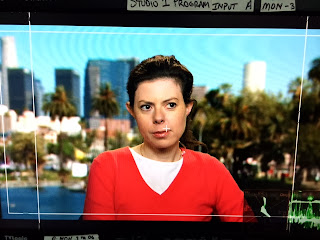 Pleased to join Paul Sherman of the Institute for Justice, and Dan Roberts of the Guardian, with host Sheila MacVicar to discuss the Supreme Court's upcoming decision in McCutcheon v. FEC.

My "explainer" on the case is here.
By Jessica A. Levinson No comments:

Much Ado About McCutcheon: The Continuing Erosion of Campaign Contribution Limits

My latest piece is up in Pacific Standard magazine.

Here is a link to my appearance on the local ABC news.

Sheriff Baca does not appear in uniform himself. However, graphics used to introduce his speeches and promote his overall endorsement of Yor Health do show Baca in his Sheriff's Department uniform. "So, he's very clearly there as Sheriff Baca, not just as Lee Baca, Joe Citizen off the street," says Levinson.

Eyewitness News has learned that Sheriff Baca received a $1,000 campaign donation from Yor Health in May of 2010. Three months later, Baca was a guest speaker at his first Yor Health annual conference. In 2012, Baca reported on an income disclosure statement that he accepted $527 in reimbursement from Yor Health for travel expenses to speak at their annual conference in Las Vegas.

But does Baca's endorsement of Yor Health violate L.A. County Conflict of Interest codes, which prohibit the use of "the badge, uniform, prestige or influence" for private gain?

Professor Levinson does not believe that Sheriff Baca has crossed that legal line, but she does think it raises questions about his judgment. "I'm not convinced he's kicked over that threshold, but when we look at the purpose of the conflict of interest statutes and the spirit of the law, then I think it's perfectly fair to ask questions" says Professor Levinson.