You can watch my appearance on SoCal Connected discussing the California Supreme Court's upcoming decision regarding medical marijuana here. 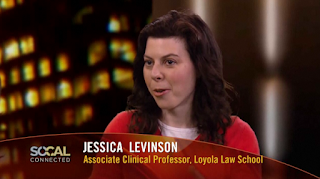 Under California law, it's legal to buy medical marijuana, but it's not so under federal law. That's why some localities have banned pot shops.
California's highest court heard arguments Tuesday over whether cities can do that. In essence, the court will decide, when it comes to medical marijuana, whether federal or state laws prevail here in California, and whether cities can regulate dispensaries through zoning laws.
By Jessica A. Levinson